What does it mean to be "Feature Ready"?

As many people have observed (Read Mike Cohn’s article) Definition of Ready can be a dangerous thing  - leading to waterfall behavior and strict hand-overs between Product Owners and their teams. In many cases teams would be better off not having one as it often stops them from working on the most important Feature because they believe it’s someone else’s job to get it ready. But keeping this in mind, what would make a suitable definition of ready for a Feature? 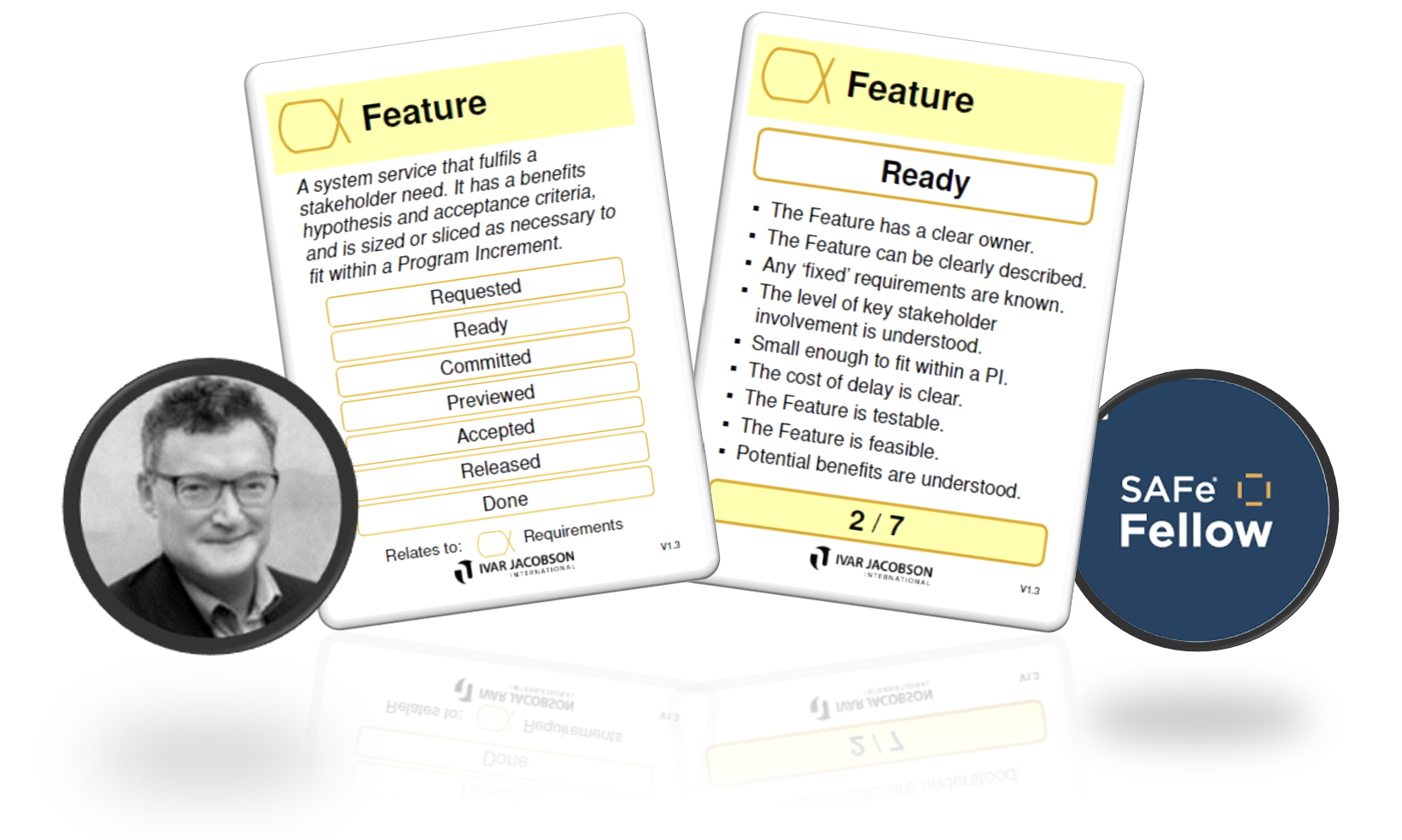 As we’ve seen in the previous blogs in this series; it definitely doesn’t mean that all of the Stories have been identified. In fact, a Feature can be ready even if there are no Stories identified.

Personally, we’ve always been fond of Roman Pichler’s simple definition that to be ready a backlog item should be clear, feasible and testable. This applies as well to Features as it does to Stories, and provides the first ready test for any Product Manager to apply to their Features. If they don’t feel it is clear, feasible or testable they shouldn’t be letting it anywhere near the top of their backlog and into their next PI.

For Features it is worthwhile taking a look at what each of these means. It is also critically important that any Features selected conform to Bill Wake’s incredibly popular INVEST acronym, which describes the properties of a well-formed backlog items. An acronym that applies as much, if not more, to Features as it does to Stories.

Again, it is worth taking a look at how thinking INVEST can help us to prepare our Features properly.

Sometimes Features will require the same changes to be made to the codebase or even contain the same Stories. This doesn’t make the Features dependent on each other but can

This potential overlap is one of the reasons we like to do collaborative PI planning with the whole team. By simultaneously planning the work on a set of Features the teams can discover and collaborate to exploit any overlaps helping the team-of-teams to deliver even more Features.

Sized Appropriately / Small – All Features should be sized appropriately for their position in the Backlog. If the Feature is under consideration for implementation in the next PI then it needs to be small enough to readily fit in the PI. If it isn’t it will need to be sliced. If the Feature is not going to be implemented until a subsequent time-box then it can be any size it likes. If you’re never going to do it then who cares how big it is

Taking all of this into account, and focusing on what it means for a Feature to be ready to be used as input into PI planning we have put together this simple checklist.

This checklist, as shown in Figure 1, is also available as one of a set of 6 mini-checklist cards that together define the lifecycle of a Feature.

If things go to plan future blogs will further explore the lifecycle of a Feature and the other checklists, but the full set of cards are available for download now, along with an editable copy of the Ready checklist. Complete the form below to receive the one page PDF of the Feature cards.

In the final blog in this series we will provide some practical advice on activities you can do to get your Features ready for PI planning without falling prey to the seven sins of feature preparation and back into waterfall behavior.

Our Feature State cards are free to download and use!