Meet some of the team

Support from the Best

Led by our founder Dr. Ivar Jacobson, Ivar Jacobson International has a deep provenance of helping clients take on new development practices to transform the productivity of their ways of working.  Including two SAFe Fellows (Scaled Agile’s most prestigious distinction), IJI can boast a hugely experienced team of consultants and trainers.  Our people have led countless agile, scaled agile and other practice adoption initiatives helping organizations in many verticals develop better, faster, cheaper and happier. We have trained thousands of people around the globe for over ten years and have a thriving public training academy that can be leveraged as necessary to support any client initiatives.

Contact us to talk about how we can help!

Ivar has a flourishing career in both academia and business. He has authored ten books, published more than a hundred papers and is a frequent keynote speaker at conferences around the world.

Ivar founded his current company, Ivar Jacobson International, which since 2004 has been focused on using methods and tools in a smart, super light and agile way. This work resulted in Ivar becoming a founder and a leader of a worldwide network, SEMAT, which has the mission to revolutionize software development based on a kernel of software engineering. The kernel has been realized as a formal OMG standard called Essence. Brian was one of the first trainers outside of the Scaled Agile Academy to qualify as a SAFe Program Consultant Trainer (SPCT) having worked with the framework since its initial inception ten years ago. Brian regularly delivers the SAFe Program Consultant training and has delivered it over a hundred times in the last 8 years; more than anyone else in the world. Brian has been involved in SAFe implementations at numerous companies across Europe including hybris, PZU, Ford, Nordea, NHS Blood + Transplants, Etihad Airlines, Sony Playstation and LV Insurance. Keith de Mendonca joined Ivar Jacobson International in 2015. Keith is a proven leader and software architect with eighteen years of industry experience working in technical roles and holding positions as a software engineer, line manager, chief architect, coach, and VP. Prior to IJI, Keith worked and lived in the UK, Asia and India for companies such as Nokia, Accenture and Symbian primarily focused on writing, designing and delivering embedded software for ‘smartphone’ mobile phone operating systems, and apps. Simon is an experienced Agile Coach and a regular speaker and contributor to the Agile community. A Subject Matter Expert on Agile for the British Computer Society (BCS) for whom he is currently writing a book on Agile from First Principles. A Scrum Alliance Certified Scrum Professional and Fellow of the IET and BCS, he has experience and been certified in a wide range of Agile approaches including SAFe, LeSS, [email protected] and Kanban. Simon has significant experience helping teams and organizations pragmatically develop practices and approaches to delivery that embody Agile principles and draw on the experiences of others, without necessarily following a single proscribed method. 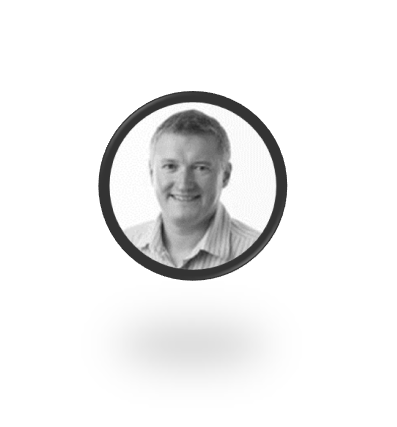