We recommend you start by reading the Introduction Article to this series.

An important part of Scrum is for the team to regularly inspect itself and create a plan for improvements. This team game utilises the Essence cards to identify and prioritize these improvements, and in this example we’ll do it for Scrum itself. 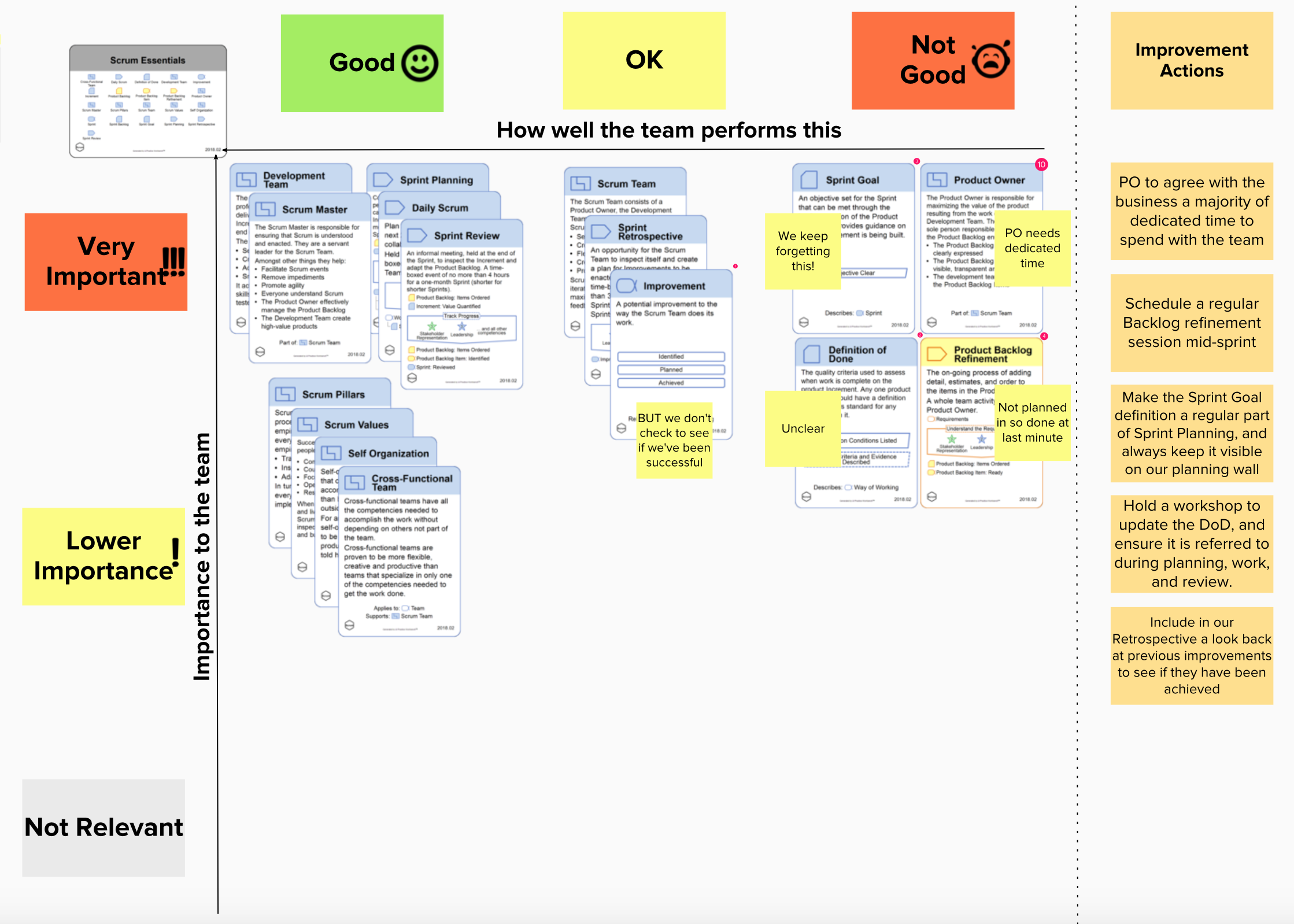 HANDY TIP: Have some uncut printouts of the cards available as reference sheets so the team members don’t always have to pick up the cards on the table to read the details. 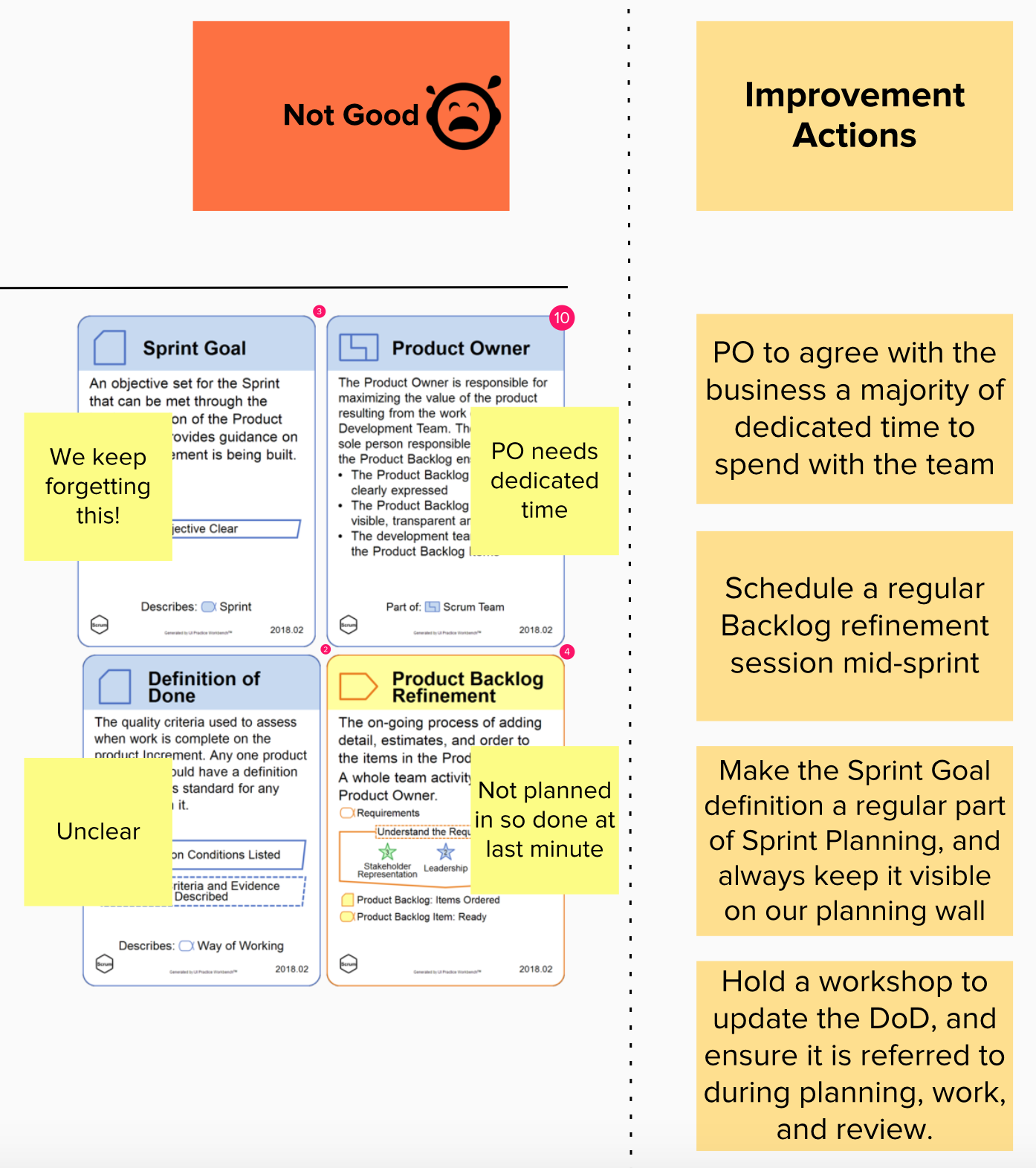 HANDY TIP: Try placing the cards as a team onto the grid without discussion first to get a quick general picture before debating any particular card. Make sure the team have a shared understanding of what the rows and columns mean to them first.

This organised retrospective game can help teams who are fairly new to Scrum or for experienced teams who perhaps have not looked back at the essentials in a while. It also prompts teams to take action and plan in their improvements.

Try it out with your team and join us next time for another game. Read a team’s experience with Practice Patience.

BONUS QUICK MINI GAME: Pick a random card from the set of Essence cards during your normal Retrospective and just consider how well the team does that one concept and if any improvements are needed.