what is pi planning?

It is a whole team event where the whole program - the set of smaller agile teams working closely together as a single team-of-teams - come together in a big room (hence it is often referred to as Big Room Planning) to agree a plan for the next 8 – 12 weeks.

The goal of the event is to create alignment, encourage collaboration, enable self-organization, eliminate waste and exploit the synergy between the teams.

It is the beating heart of the agile release train and any SAFe® implementation.

PI planning is intended to be a highly collaborative event where teams take ownership of the suggested Features and work with their Product Owners to identify, estimate and elaborate the Features and their Stories.

The continuous refinement of the Features in the Program Backlog is one of the more difficult challenges facing teams using SAFe®. Priorities are constantly changing, and new customers and new Features are emerging everyday all whilst the existing Features rot, progress, morph and run their course. The classic INVEST (Independent, Negotiable, Valuable, Estimable, Sized Appropriately, Testable) acronym and 3C’s (Card, Conversation and Confirmation) technique apply as much, if not more, to Features than they do to User Stories. The time-boxed nature of the Program Increment means that Features that are too large have to be sliced so that they 1) will fit within the PI, and 2) will flow properly through-out the PI’s iterations and not all be delayed to the end of the time-box. The Features themselves need to be clear, feasible and testable.

Bearing all this in mind one of our favorite Product Managers went into their first PI Planning session with literally just a set of cards each of which briefly described one of the hoped for Features using the format shown in Figure 1. 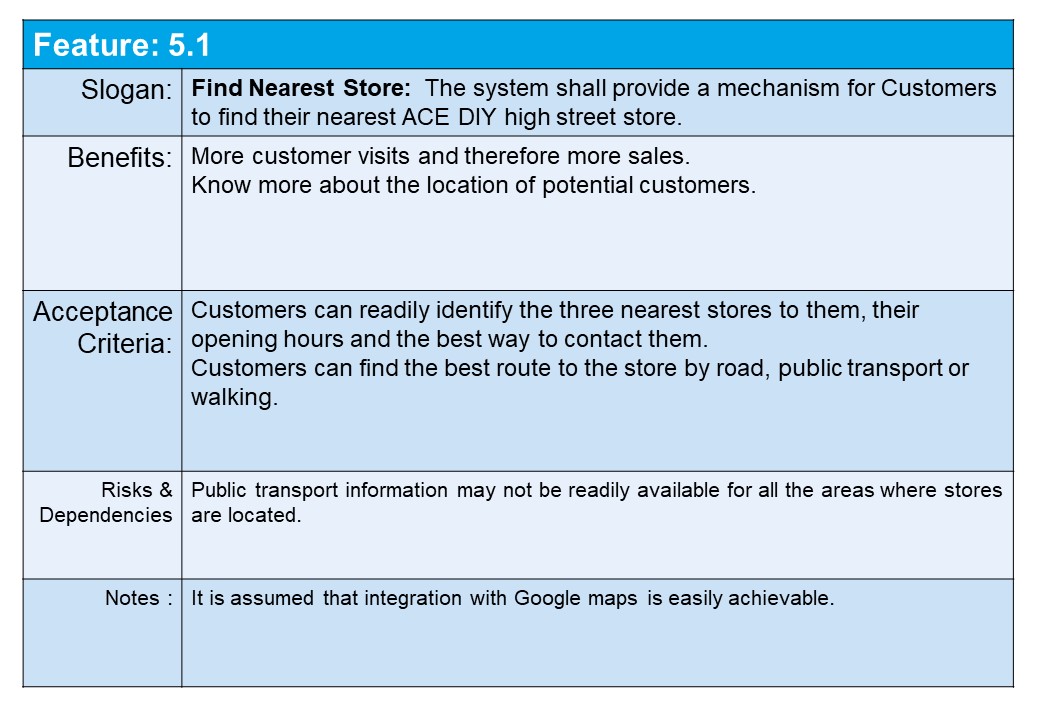 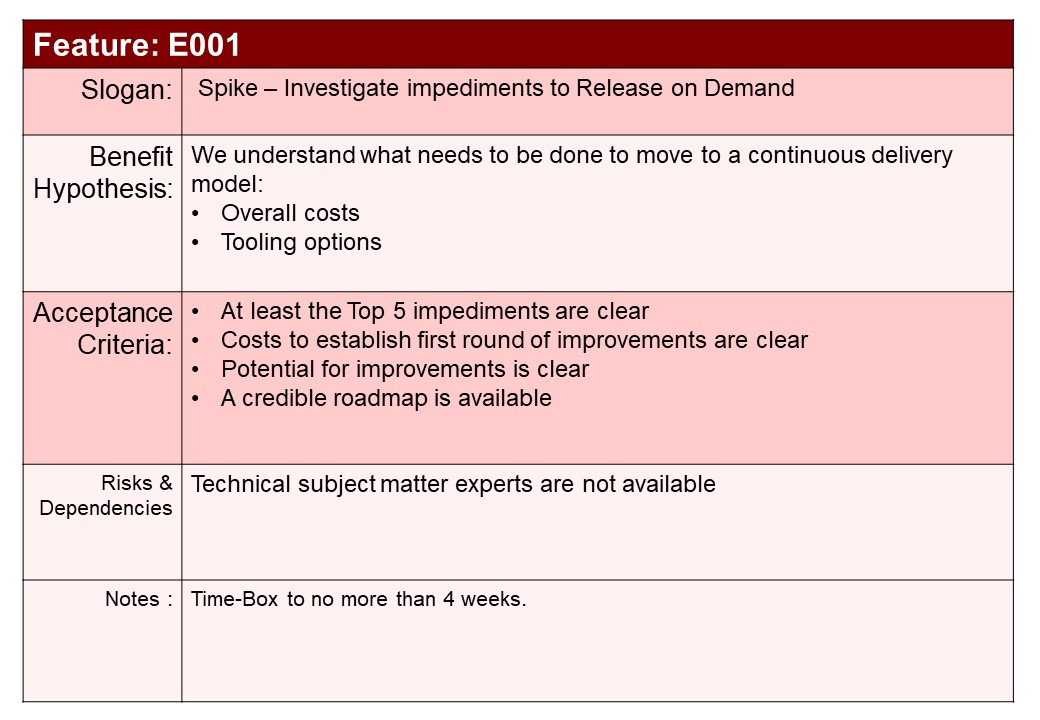 They were happy to negotiate the scope, stories and acceptance criteria for each Feature on the fly, with the teams as the Features were pulled.

The end results were high levels of collaboration, empowered teams taking full responsibility for the delivery of their chosen Features, a robust plan, and ultimately the delivery of the team’s first viable release. At the end of the PI they achieved over 80% of their agreed objectives; a fabulous outcome for any team-of-teams’ first Program Increment.

Compare this with what happens when teams invest a lot of time in the up-front preparation of their Features; creating long lists of Stories for the teams to do, and consequently high levels of expectation about who will do what and when. If you go down this path it is easy to put the team into a downward spiral where the problems re-inforce themselves and lead to everyone falling back into their old ways-of-working. 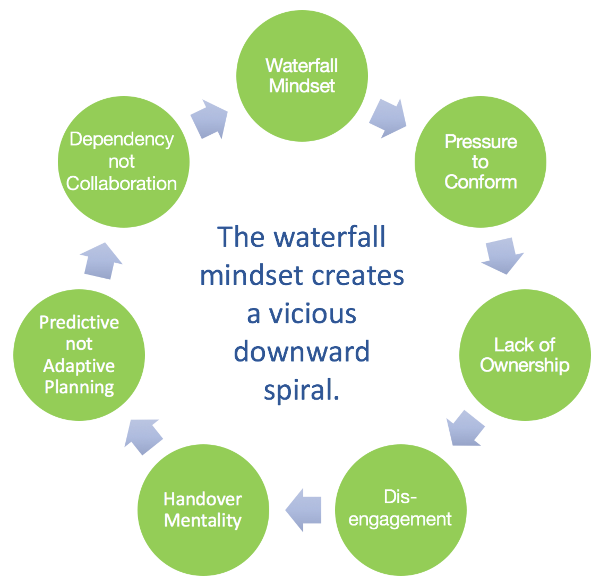 Waterfalling your Features can cause on-going team problems such as:

In our experience it is actually better to be (slightly) under-prepared. Allow the teams to work through any problems during the planning event rather than trying to pre-empt them. Over-preparation will leave the teams wondering why they have had two days of their lives stolen to listen to other people present their work and their plans, and to tell them what they have already committed the ‘empowered’ teams to deliver.

The classic mistake is to hang onto the waterfall mindset and think that by doing more and more preparation you can make the planning event itself more effective. Even if you get the whole team involved in choosing their Features and then preparing Stories before the PI Planning event - you still won’t avoid all of the problems outlined above. At best all you are doing is moving work out of the planning event to sometime before it, at worst you will end up compounding the very problems you were trying to prevent. In either case the potential improvement is negligible and out-weighed by the risks of doing damage.

It may seem counterintuitive but one of the secrets of SAFe® is that the better you get at SAFe®, and at PI planning, the more you can trust the teams and the less preparation you need to do.